When the year has been sprinkled liberally with the words “unprecedented” and “trying times” -  not to mention constant reminders to “wash your hands” and “be kind”(!) – it’s easy to feel a little weary and wary come December.

Even with so many challenges of the past 12 months, I think it’s fair to say New Zealand has come through relatively well and, at the risk of sounding corny, we should be proud.  I cautiously look forward to the new challenges and hopefully new opportunities that come our way in 2021. 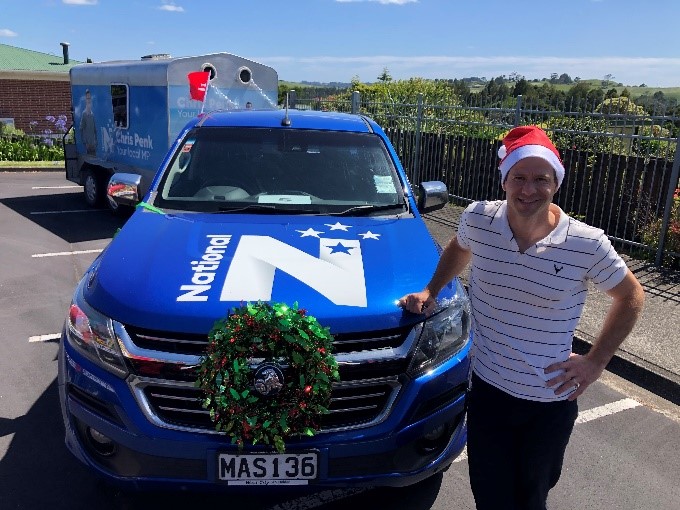 One of the perks of representing such a large electorate as Kaipara ki Mahurangi is all the festive cheer evident in the lead up to Christmas. I particularly enjoyed being part of the Wellsford Santa Parade and seeing Santa arrive by helicopter at the Kumeu Showgrounds.

I recently met with key people at Kiwirail to hear about how their future plans affect people within my electorate.  Our discussion included the possibility of an inland port that will likely be placed in the northwest and – as always – my advocacy for passenger rail to the north using the existing Western line. 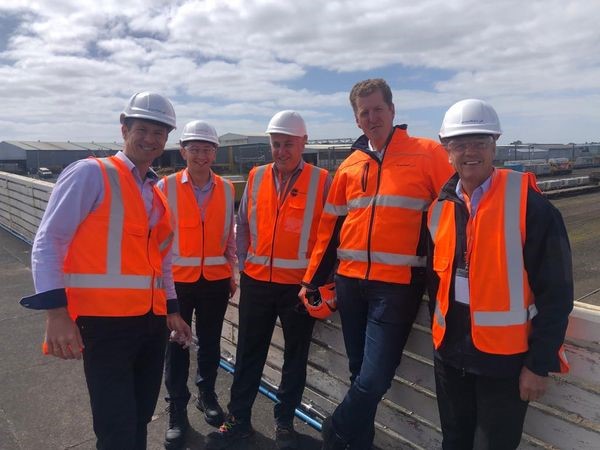 I’ve kept engaged closely on a number of local issues, even during the well named “silly season” that is December.

The proposed landfill at Dome Valley is a matter of considerable local interest, so I’ve been attending the resource consent hearings at Warkworth.

On my Facebook page I recently broke the news that the government has approved the sale of over 100 hectares of land in Taupaki to construction company Fletchers.  This is apparently to “subdivide and rezone the land in order to construct an urban village”, raising obvious questions about infrastructure needed to support such extra growth.

What’s up in Wellington

And just like that, the Parliamentary year is done and dusted for 2020.  As taxpayers you will be interested to know that the second term Labour government, elected with a large democratic mandate, had the House sit for only 7 sitting days following the election.  I dare say they’ve solved all the problems of the nation and world already. 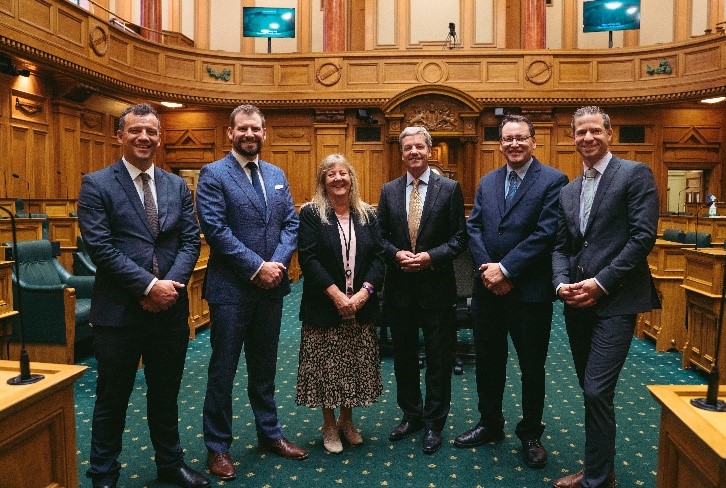 I’ve been getting stuck into my new roles – spokesperson for defence, veterans, courts and the Shadow Attorney-General – visiting key stakeholders such as the RNZAF Base at Ohakea.  The picture above shows National six MPs with military experience.

Since the last edition of Penk’s Pen, I’ve also been appointed as chairperson of the Regulations Review Committee, a Parliamentary body dedicated to holding the government to account by scrutinising various laws made under the authority of Acts of Parliament.  It’s detailed but important work, so I’m grateful to hold the role.

My electorate office will shortly close for a little while over the Christmas-New Year period but I can still be reached via email and please see my Facebook page (facebook.com/christopherpenk) for regular local content and updates.